“Why We Work” by Barry Schwartz 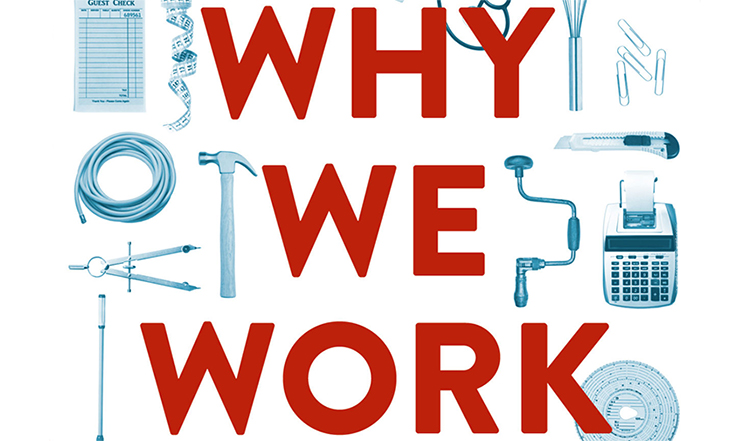 In the late 90’s, I was in a leadership class and was asked to write about my philosophy of leadership. I said this:

At that time, I was a manager of a department of five people. My belief hasn’t changed over the last twenty years whether I was leading 400+ people or serving as a leadership coach and consultant. That’s probably why the book, Why We Work by Barry Schwartz resonated so much with me. I was fortunate to have Schwartz as an instructor while at the master’s program in applied positive psychology at Penn and really enjoyed his earlier work The Paradox of Choice. So I looked forward to reading this work and was not disappointed.

The False Belief That Has Created Dysfunctional Workplaces

There has been much written in the last twenty years about what people need from work, but what I found most impressive about this book is it details, in a very accessible way, how our workplaces became so dysfunctional in the first place. Going back to Adam Smith and working his way through the scientific management movement and Frederick Winslow Taylor, he explains how human beings came to be viewed as cogs in a well-oiled machine. The foundational belief that guided this work is people don’t enjoy working anywhere. The only reason people do any work is for the payoffs it produces. As long as the work produces adequate payoffs, what the work consists of doesn’t matter. According to Schwartz, “a mode of work evolved in which all the other satisfactions that might come from it were neglected or eliminated. And so it came to be that all over the planet, people trudged off to work each day with little expectation of meaning, engagement, or challenge. Because there was no reason to work except for the paycheck, they worked for the paycheck. So it came to be that Smith’s mistaken idea about why people work became true.” A self-fulling prophecy of sorts.

According to Schwartz, “we have to start building our way out of a deep hole that almost three centuries of misconceptions about human motivation and human nature have put us in, and help foster workplaces in which challenge, engagement, meaning, and satisfaction are possible.

How do we create workplaces that succeed?

Where can I find out more?

Much of the recent research about meaningful work is grounded in positive psychology. The field of positive psychology as a named body of knowledge is only about 20 years old. Unlike popular perception, it is not the study of being happy. It’s the study of what makes life worth living. Obviously, work is a large part of our lives so positive psychology focuses a lot on finding wellbeing through work. Here are a couple of my favorite authors on this topic:

Amy Wrzesniewski is Professor of Organizational Management at Yale. Her work is referenced in numerous best-selling books (including Daniel Pink’s  Drive mentioned above). This article. “Job Crafting and Meaningful Work”  which she co-wrote with Justin M. Berg and Jane Dutton, explains how job crafting gives employees more control over making their work meaningful.