The Person You Mean to Be: How Good People Fight Bias by Dolly Chugh 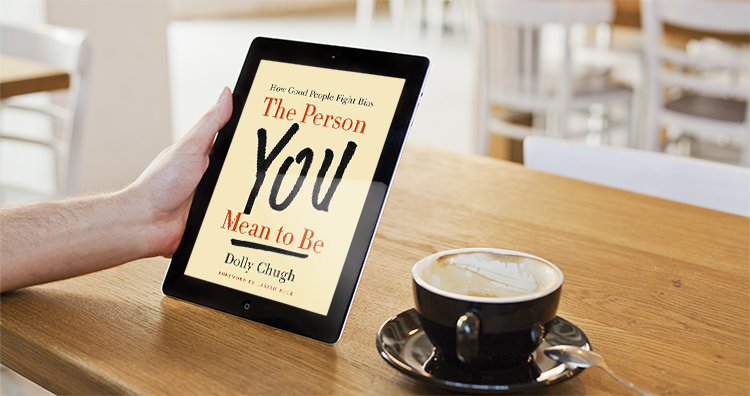 What I love about this book is that it combines two of my top interests in one topic: unconscious bias and growth vs. fixed mindset. When I conduct workshops on unconscious bias, everyone is nervous to begin with. We feel that if have any bias (conscious or unconscious), we are bad people. So we invest a lot of energy in proving that we don’t have bias.

In a conversational, accessible way, Chugh shows how we can be good people and still have bias. She redefines what it means to be a good person as someone who is trying to be better, as opposed to someone who is allowing themselves to believe in the illusion that they are always a good person.

I think the biggest value in this book is the way she explains important concepts in non-threatening, accessible ways. For example:

Tailwinds vs. Headwinds: She uses the example that it takes forty additional minutes to go from New York to L.A. than it does to go from L.A. to New York because of the headwinds going west versus the tailwinds going east. The winds are invisible yet have a definite impact. She explains that some groups in our culture continually face headwinds and other groups continually have tailwinds. She concludes that it’s “no coincidence that the groups facing great headwinds in our society are also the most negatively stereotyped.” The tailwind vs headwind illustration is a good example of privilege, which she defines as “whether cultural , legal , and institutional systems are experienced equally by everyone.”

She refers to the invisible biases that surround us all as “cultural smog.” “Smog surrounds even those of us who are in or care deeply about the stereotyped groups.” Research shows that women, as a whole, show stronger implicit gender bias than men. Black Americans are just as likely to show pro – white implicit race bias as pro – black implicit race bias.

For anyone who is interested in bias, culture, or equality, this book is a must for your bookshelf or Kindle.

To read more reviews of books on my kindle go to: