I Wouldn’t Want to Live in Pleasantville 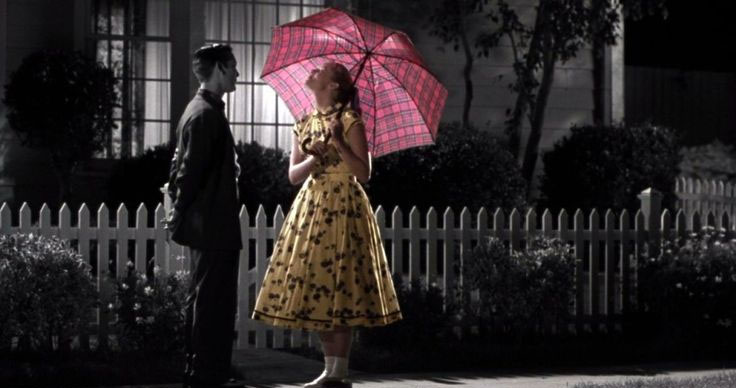 I watched Pleasantville last night, a movie I hadn’t seen in years. It inspired me to write this blog, which is more my personal philosophy than the personal growth aspect of my work. Still, it seemed relevant to so many things going on in the world now and I know it will resonate with many of you.

Pleasantville came out in 1998 and starred Toby McGuire and Reese Witherspoon as teenagers. Their parents are divorced; Reese responds by becoming the popular, if slightly slutty, ‘It’ girl at her school and Toby retreats into watching old 1950s sitcoms reminiscent of Father Knows Best and Leave It to Beaver. His favorite is one called Pleasantville and one fateful evening, an unusual TV repairman shows up (Don Knotts of Andy Griffith fame) and the two teenagers are transported to the black-and-white 1950s sitcom world of picket fences and bobby sox, where everybody is white and middle class, has a job, sleeps in twin beds, never uses the toilet and follows the same cheerful script.

At first, Toby loves the nostalgic world while Reese rebels against its restrictions. But as time passes, even Toby realizes that this black-and-white world is restrictive, bland, and unchanging. From a distance, the blandness is comforting – up close it’s claustrophobic. As one by one, the residents begin to discover that there is more to life than unchanging pleasantness, they transform from being black-and-white to being in color. The special effects are incredible. As people become “in color” they are referred to as “coloreds,” and signs start sprouting up saying “Coloreds Not Welcome.” Pleasantville wasn’t pleasant for everyone.

There has been a lot of talk lately about “Make America Great Again.” I haven’t seen an explanation of what that actually means. When was America great? And who was it great for? And why isn’t it great now? I think every generation has nostalgia for the generations before them when life seemed simpler. Perhaps life was simpler “back when” for some, but I’d rather have the messiness of today. I actually think “Make America Great Again,” is code for a time that never actually existed and wasn’t truly great for everyone. And I want more from life than pleasantness.