Which end of the binoculars are you using? 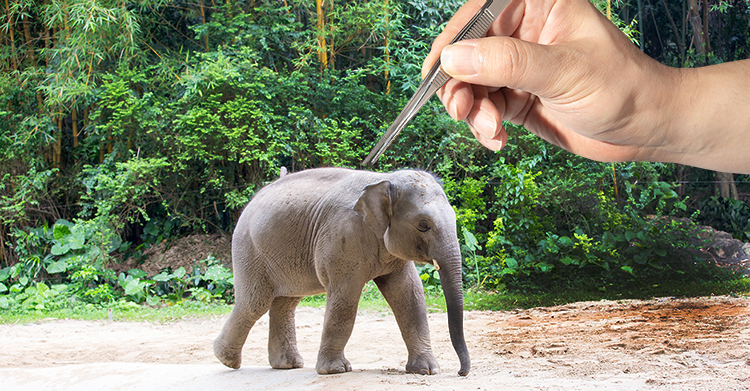 With this new perspective, the department chair and the rest of his department were able to keep the problem professor in proper perspective. Once they started ignoring him and not giving him an audience, his influence shrunk.

Do you have any “elephants” that you need to turn your binoculars around for?

“Life is about perspective and how you look at something… ultimately, you have to zoom out.”